California AAUW vision statement:
AAUW will be a powerful advocate and visible leader inequity and education through research, philanthropy and measurable change in critical areas impacting the lives of women and girls. 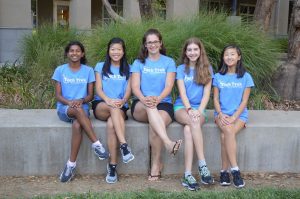 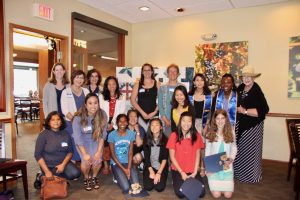 The first decade was a time to build membership and to establish traditions. The first interest section was a book discussion group, and the first fundraiser was a book sale. Joining the organization were Mmes. Arthur Tabor (Mary Louise), James Yeager (Jo), and Robert Jackson (Everlyn). Under the leadership of Mrs. Vernon (Dorothy) Bengal, the branch launched Great Decisions discussion group and helped initiate a program for foreign exchange students to attend Davis High School. 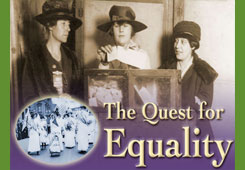 Joining the branch in the beginning of the second decade was Gail Johnson. AAUW-Davis was discussing “What do we want in the 21st Century” and “Making the move to metric.” Branch members were also very interested in the Equal Rights Amendment (pipedream or promise?) and “Women and Money” – social security, child support and preparing for retirement. Women in politics also became a focus – with Betsy Marchand, Sandy Motley, Maureen Southwell and Mary Louise Taber all becoming successful in local elections. At the 1979 Association convention, attended by then President Gail Johnson, AAUW voted to withhold membership for men until the ERA passes. Members Dorothy Brazelton and Janice Bridge, with all three of her children, marched for the unsuccessful passage of ERA in 1981.

The 80’s, after the failure of ERA, were a time to move on. Debbie Nichols Poulos, past president of AAUW-Davis was elected to the Davis City Council with the enthusiastic support of AAUW member friends. The Association’s slogan was “We believe in opening doors for Women” and we were. Dorothy Brazelton brought the work of the Women’s History Project to the attention of Davis Branch members. In 1982 AAUW-Davis, under the leadership of Dorothy Brazelton, was instrumental in having Women’s History Week declared for our schools and by the Davis City Council. Branch members Jan Bridge and Susan Walsh wrote and directed a Women’s history reader’s theater “Ordinary Women in Extraordinary Times” which was presented in Davis and also at the AAUW-CA convention. In 1986-87 a committee of branch members from Davis were instrumental in educating and motivating the delegates to the 1987 AAUW convention in Houston to vote, almost unanimously, to remove gender barriers to membership. Adam Bridge became the first man to join AAUW-Davis and AAUW-California and was the second man to join the Association.

Community interest and community involvement were the watchwords for the 90’s as AAUW continued to offer programs of local interest and value. Branch membership dwindled, from a high of over 150 members in 1983 to a low of 25 in 1996. Branch membership has grown in recent years and is currently about 60 members. AAUW-Davis is on an ascendant curve and YOU are invited to become a part of the future.